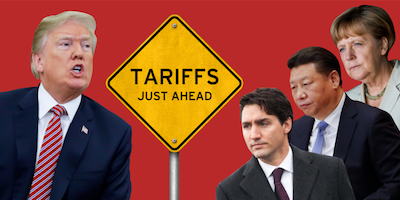 After six weeks of deliberation and strategizing, both the Chinese and U.S. administrations issued new multibillion-dollar tariffs. In the previous trade war blog, I mentioned that trade wars are not an easy battle to win based on basic economics. The consumers and, in turn, the sellers are the biggest losers in battles between two powerhouse economies. Trump’s administration and their aggressive trade policies have helped the US gain the current edge over China–adding extra pressure on the Chinese administration. The easiest way to compare the two markets is through their most successful large-cap indexes: 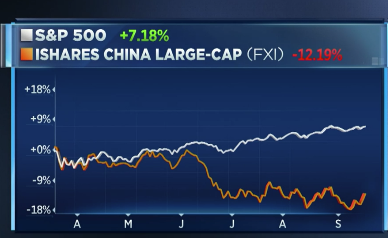 The dip in China’s FXI index is a clear indicator that China depends on the spending habits of the American consumer; On the other hand, so do E-Commerce sellers. Amazon merchants have earned major profits selling products sourced from China. Even though the U.S. might be winning the trade war, American consumers will have to take on the probable burden of rising prices. On September 24th, China issued a $60 billion tariff on U.S. exports, and in retaliation, the U.S. issued a $200 billion-dollar tariff. Let’s me break this down in the form of good news and bad news:

The bad news for Amazon sellers is that tariffs of up to 25% will now increase prices for 5,745 imported Chinese goods. These products (including vacuum cleaners, hammers, TVs, and more) will now increase a seller’s Cost of Goods Sold and decrease a seller’s Gross Margins. Sellers need to check the new list of tariffed goods and plan accordingly. If sellers are forced to raise prices, there is a decrease in consumer purchases. This is where online merchants will have to make a choice: 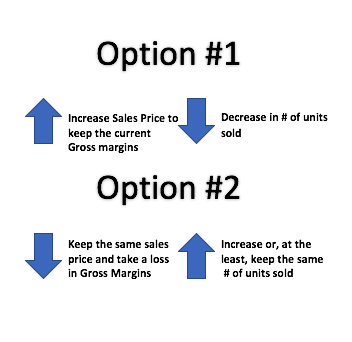 Each e-commerce seller is different with varying gross margins and the reality is that the market won’t support a 25% increase in prices. It is important to have an in-depth understanding of the cost of goods purchased and the total amount of shipping/taxes incurred. For example, shipping-in is a traceable cost for sellers and, if not recorded properly, will give sellers a misleading report of their profits and net income.

Without quality books and the ability to trace costs, sellers may struggle during the next several months of trade disputes. It is very important for any business manager to not only understand their costs but their margins as well. An increase in cost may not seem significant when it hits your bank account. After shipping, purchases, and Amazon fees, online vendors operate from 5-20% profit margins. Without a proper profit and loss report, sellers could be losing money without even knowing from any increase in cost from these tariffs.

The U.S. implementing a tariff 143% higher than China’s creates a clear picture for the future trade war. China does not have the same leverage as the U.S; in fact, China is running out of important U.S. exports to tax. During the earlier trade disputes, China hurt the American agricultural industry after targeting soybean exports. The foreign administration implemented a 25% tariff on the second biggest U.S. agricultural staple. In effect, the tariff forced the U.S. government to have a subsidized bailout for the farmers worth $12 billion dollars. Since then, the U.S. economy has been roughly untouched while China’s has faced a decrease in market confidence.

The U.S. trade administration renegotiated trade agreements with the EU, Mexico, and Canada. These successful new agreements have created breathing room for the American markets. Instead of worrying about multiple trade disputes, the Trump administration can focus all their firepower on China and hopefully sellers will see a favorable resolution soon.

U.S. borders are beginning to loosen up after Trump issued his bully trade policies at the beginning of 2018. With increasingly open borders, sellers should consider importing their goods from other foreign companies; these companies will want to take advantage of the new tariff hikes and will offer competing prices. America is also leading the way in key technology. The U.S. administration is decreasing their focus on trade and, instead, focusing on intellectual proprietorship security. In the short run, sellers will take a negative economic hit because of the increase in tariffs; but in the long run, the U.S. may be able to level the playing field so that manufacturing in the U.S. will not be more expensive than importing from a country over 5000 miles away.

This trade war is still an issue that is up in the air and has varying opinions from experienced economists. Sellers don’t need to hit the panic button, but it’s important that Sellers have an understanding of their gross margins. If you’re a seller and want to have a better understanding of your gross margins, contact us for a free consultation. Read the “The U.S. vs. China: What the Trade War Means for your E-Commerce Business” to learn more about the trade war and how it could affect your online business.