The U.S. vs. China: What the Trade War Means for your E-Commerce Business 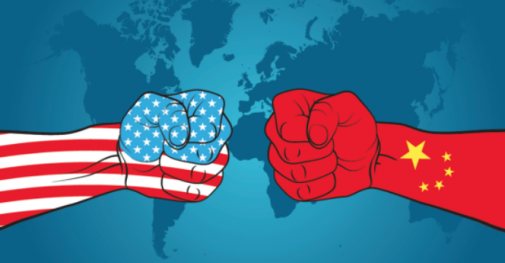 A bold statement from a bold, powerful man. As we look at history, we can certainly say that a trade war is NOT easy to win. In 1930, an isolationist period began for the U.S. when President Hoover announced the Smoot-Hawley Tariff Act. The Tariff forced the highest rates in history and decreased importing/exporting by ~67%. The act didn’t help with the Great Depression but has been debunked as a major cause for the crisis. Since then, the U.S. has not enacted any major tariffs–keeping open borders for a majority of foreign exporters. At the beginning of 2018, the Trump administration began imposing large tariffs on the U.S.’s biggest trade partners–China, EU, Canada, and Mexico. Inadvertently, other foreign administrations began forcing tit-for-tat tax policies on American exports by forcing similar tariff rates.

In July of 2018, the U.S. and EU reached a cease-fire agreement promising to keep tariffs out of the picture; A band-aid for the conflict Trump created but a clear picture for the future–a trade war between China and the U.S.

As of right now, the biggest loser in the ongoing dispute is America’s soybean farmers. The Farmers Association has already declared a loss of $13 billion in revenue; Trump responded by creating a $12 billion subsidy package for the now struggling farmers. China is the biggest market for soybean imports, but the government has slapped a 25% tariff on the beans from the States. The mega economy now gets their large quantities from Brazil–the second largest soybean producer.

The second biggest losers are purchasers of steel and aluminum. The American company, Whirlpool, saw a boost in sales when a 20% tariff was imposed on foreign washing machines. Their profits did not last long however when the price of steel and aluminum increased due to the U.S. implementing steeper tariffs for the imported raw materials. This decision was to protect the U.S. economic catalyst, steel, by implementing a 25% tariff on foreign steel imports. In turn, the world price for steel increased by 60% and now cuts the profit margins for any company in need of the raw material; thus canceling out any potential revenue Whirlpool thought they gained from the “positive [tariff] catalyst”

Only less than 1% of the e-commerce market has seen a negative effect on their revenue. Companies that purchase products with steel and aluminum (especially steel) have seen their profit margins significantly decrease. The online vendors that have suffered are mainly the multimillion-dollar corporations that can afford the hit on their businesses. The biggest potential losers in the trade war are not the major businesses but the consumers. The average person will have to consider higher prices for normal goods like razor blades, automobiles, and, of course, washing machines. Not only will prices be higher, but layoffs have occurred within companies like Whirlpool–suffering from the decrease in margins. Even though this is only a small part of the consumer market, Trump does not plan on stopping the tariff increases quite just yet. 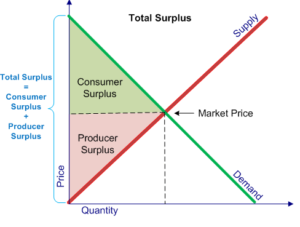 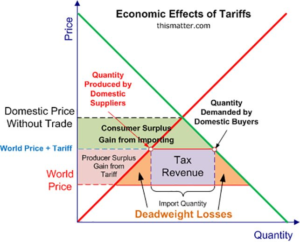 For months, Trump has teased the world with threats of imposing major tariffs for all imports. On July 26, it was clear to the world that the U.S. will solely focus on the battle between China; this was because Trump and Jean-Claude Juncker, the President of the European Commision, agreed to a halt on any further tariffs between the two unions. The agreement was a win for Trump and prevented a hit on the automobile and pharmaceutical markets for both the U.S. and EU economies. Major economists that once believed that a trade war would never escalate are now saying that the conflict is inevitable. After hearing about the trade agreement between the government powerhouses, Stephen Innes, head of Asia-Pacific trading, said: “[The] trade war has probably now turned [to a] 100 percent focus on China” 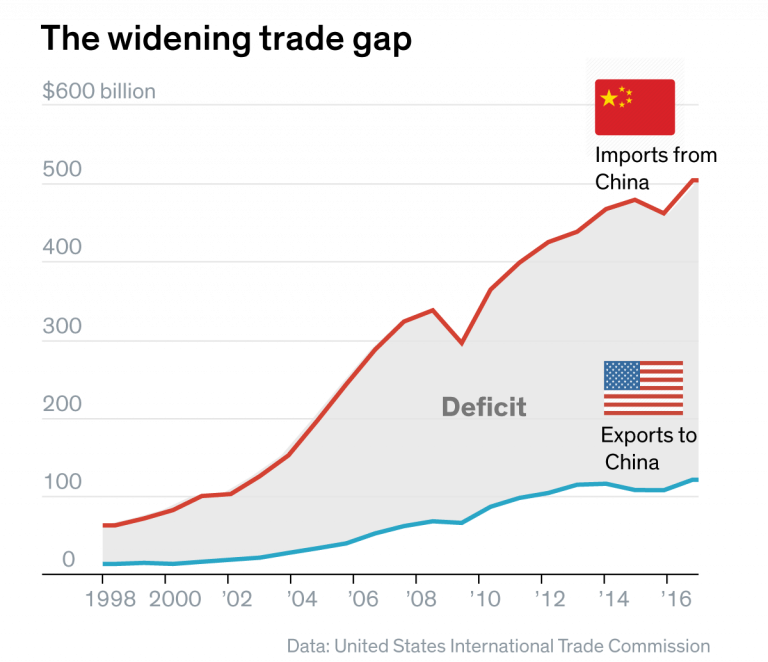 “Around $505 billion of Chinese goods were imported to the U.S. in 2017, leading to a trade deficit of nearly $376 billion, U.S. government data shows. Chinese imports from the U.S. totaled $205 billion in the first five months of 2018, with the deficit reaching $152 billion.”

On Friday, July 20, Trump threatened to slap a $500 billion tariff (all Chinese exports) on America’s largest trade partner. Reporters are saying that a new $200 billion tariff on Chinese imports will be implemented in August. It’s unclear what products will be tariffed, but it is clear that China will enforce their own tariffs in retaliation. American companies that export to China will take a large hit, just like the soybean farmers. On the importing side, products coming from China will become more expensive with varying tariff rates.

Amazon and E-commerce vendors importing from China need to be wary of a potential spike in COGS. Chinese exporters will have to raise their prices to sustain their profits; this will force sellers to take a cut in their profits or force higher prices on their consumers. China does not want to force tariff’s on American vendors and is keen to keep free trade and their economic growth sustainable. However, the government will have no choice if the States choose to take action.

E-commerce vendors will need to be wary and follow any potential news for the inevitable trade war. Whirlpool and other companies have already seen harsh economic effects on their businesses. It may be only a matter of time where “trickle-down economics” will negatively affect the U.S. and the World’s economy. At this point, it is unclear what the future will be, but it is time to stay up-to-date on the matter–especially if you get your product from China. Follow us on Facebook where we will be regularly posting updates on the escalating trade war!